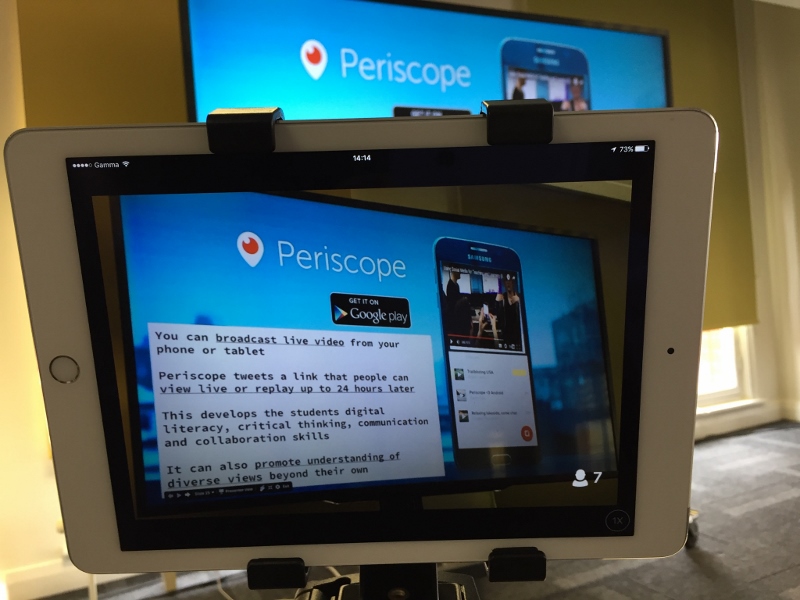 Live video seems to have well and truly entered the mainstream recently. Streaming of events over the web is nothing new but the arrival of several new tools means that the barriers to broadcasting live over social media have pretty much collapsed. Periscope and Facebook’s Live  are probably the most recognisable, YouTube‘s live streaming is still in beta, but there are a few also-rans out there as well. Tumblr, the blogging platform, has implemented support for a variety of smaller live video services and free apps such as Meerkat also offer live streaming to users.

Tools are one thing but it takes more than that for awareness of the possibilities to filter into the collective consciousness. You can chart that route from the curious case of the Drummond Puddle, “Chewbacca Mom” to the US Congress Democrat sit in on gun control law where a media blackout meant that live video effectively took over. The Olympics has also brought a wealth of if through official and unofficial channels.

Jisc has also started using Periscope to live stream some of its high profile events. At the most recent Jisc Student Experience Experts meeting in Birmingham we heard from Scott Hayden at Basingstoke college talk about how he has been using Periscope with his learners to widen engagement and help students build positive online identities. You can hear him talk about it here, on Periscope, naturally!

So, combine the whimsical with the educational and political like this and you can see the potential for the technology.

You can also begin to see some of the potential pitfalls. Think safeguarding, privacy and IPR. That’ll need a separate blog post to cover adequately!

I’ve been asked to Periscope a couple events for Jisc in the last few months. This gave us an opportunity to expand the audience for certain things beyond the people that could spare the time to sit in a particular room on a particular day.

It also helps us to bring more people into the conversation.

I thought it would be useful to share some of the things I learned from doing this so if you are using it for your own events, lectures and so on you’re not at as much of a standing start as I was.

It’s easy. Maybe even too easy. Just download the app, make sure you have a decent connection, press the record button and try not to breathe too loudly.

The trouble is, ease of use doesn’t necessarily translate into good audience experience. People’s expectations are lower so you can get away with a bit of untidyness but it’s worth putting in a little more effort if you’re trying to do something officially (I’m not so bothered about quick grab-it-and-run video snippets here).

Making the most of Periscope 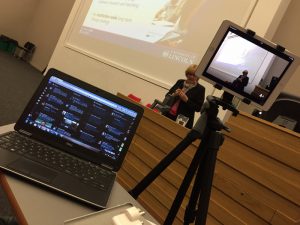 I’m still learning about how to do live video well. My last go at it was plagued by excessive background noise and the occasional troll in the comments.

Tell us your tips on good live video practice here.

Main image: includes material from a presentation by Scott Hayden