As the title suggested, expertise from the sector convened, with twitter hashtags at the ready (#JiscExperts17), the event was already brimming with activity and positive signposting.

I’m a new starter at Jisc. The last three weeks have been about getting settled into my Role as a Subject Specialist within the Student Experience team.  Having spent over 10 years within HE, I’m no stranger to Jisc and I have found events like this are always an opportunity to shake hands and chat with as many new faces, old colleagues and experts from near and afar as possible. As always, the main element for me was to listen and engage in knowledge sharing. This event was no exception.

Throughout the day, presentations, activities, discussions (and coffee) led to the real sensation of moving forward. The ‘Tracker’ is known to many in the room. But there is added depth to the project as it moves into the next phase and Helen Beetham and the team gave an in-depth update and signposting to previous data.

An interesting activity, including chocolate inspiration and some roleplay, immediately sent the room into a sound of delightful conversation.  ‘What would be the jewel in the data at your institution to act upon?’.

How to present JISC tracker data to PVCs of student experience #jiscexperts17 pic.twitter.com/EG8gksxrYz

The conversations on my table were around digital tools, content capture and the different ideas at various institutions for surveying students (and staff).

This set the rest of the day up with breakout rooms, group activity and sharing either side of lunch.

Lawrie Phipps and Donna Lanclos took to the stage and began their session on the ‘Next Generation of Digital Learning Environments‘. The post-its and sharpies were called upon and one wall was covered in ideas about teaching practice and interview answers.  All were encouraged to engage in some discussion as we added our own to the wall.

It’s clear an event like this keeps connections alive and faces familiar.  The buzz of conversation at any opportunity firms the network across the sector and the knowledge to pass on to each other.  Looking forward to the next one.  See you there.

There are periscope recordings of the sessions which can be found on the twitter hashtag page: https://twitter.com/hashtag/jiscexperts17?f=broadcasts&vertical=default&src=hash 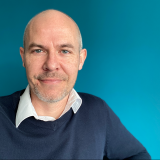 Subject Specialist - Digital Practice (platforms). I've worked in HE for over 10 years as a developer and leader in eLearning before joining Jisc. From working with students through to senior management, my passion for digital tools and user/student experience has played a huge role in this adventure. I'm a big user of technology in music as well as learning, design and developing. I'm just as happy to chat about sounds, microphones and hearing through spine conductivity for drummers!