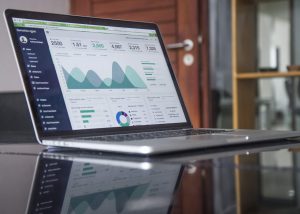 In a world where data is in abundant supply, the ability to understand, visualise and communicate the messages in that data is becoming more and more important. It’s also an important element of Jisc’s Digital Capabilities Framework.

This morning I attended a webinar delivered by Andy Kirk on the 7 Hats of Data Visualisation which was a fascinating way to spend an hour. A recording is available and he’s made his slides available openly via his excellent blog.

The Seven Hats of Visualisation Design: A 2017 Reboot from Andy Kirk

I’ve been on one of Andy’s workshops before back in the day and what’s great about his approach is how he takes a step back from the technicalities of data visualisation to focus on fundamental principles. It’s something that has relevance for loads of different people that we support in Jisc, for example:

The thrust of Andy’s argument was that in order to creative effective data visualisation you need to take a leaf out of Edward de Bono‘s book and wear 7 different “hats” relating to the different responsibilities and capabilities involved in a data viz project. In a nutshell:

(Andy wrote a blog post based around 8 “hats” back in 2012 and this presentation was an update.)

These don’t all have to be worn by the same person. It’s actually important to know which “hats” need to be worn by others if you don’t have the skills or experience needed.

For me, Andy’s approach is a neat summary of the thinking behind the digital capability framework. To thrive in a digital world it is not sufficient to have technical skill, you need to understand the context within which the technology operates and to understand the processes to make best use of it.

From and educational point of view, we need to help learners developed critical discernment of the data that is presented to them, either the appraise it’s quality or to understand the message that it is trying to communicate. A good illustration of this was the Washington Post article analysing Donald Trump’s election campaign’s use of data that simultaneously skewed the data to make political points and demonstrated a certain level of data illiteracy in that it often actually undermined some of those same points!

This isn’t about criticising one political view over another, though. My main take-home point from the webinar was that visualising data is never objective. It is trying to tell a story or help people to form their own interpretation. Whether we are creating or engaging, this is something we need to be awake to.

Jisc has some archived advice and guidance on creating effective data visualisation.