Imagine inventing a new kind of language – it’s made up of hieroglyphics, sound effects, code words and secret symbols. You can’t speak it, you can only transmit it in tiny electronic pulses.

Only you and your friends understand this new language and have the devices necessary to send and receive messages. Outsiders are baffled – if they know it exists at all. If they come across messages in this language they cannot translate it so they ask someone who can, or ignore it. At worst they rebel against it and call it an aberration – real languages are spoken or written… with rules, dammit.

David Crystal – linguistic hero and champion of language evolution – says that with the development of the internet and SMS a new kind of language has emerged. It shares some characteristics of spoken language and some of written language, but it is neither. It uses traditional words and brand new words, acronyms and short forms, emoticons, icons and symbols – you spell it how you say it and punctuation is used for a whole new world of purposes. It’s a new species of language which doesn’t conform to the old rules of writing. It’s more like speaking with lots of sounds, tone, implied body language, dialect and slang. Much of what we see is liberally strewn with the kind of words we weren’t even allowed to say out loud in the 80s. Or adaptions of them.

The way conversations happen is more like speaking too. Instant messaging is like speaking – it’s usually in real time (but not always), we take our turn, try not to interrupt, ask and answer questions. Little wonder that outsiders find it difficult when they try to apply the rules of writing to that situation. I often hear ‘Why don’t they reply to my text?’ Maybe the recipient is treating it as non-urgent because you didn’t ring them and speak to them. They might be up a mountain – out of range – in the bath or at the theatre. Perhaps they didn’t realise that you are treating texting like speaking and if they don’t answer it’s interpreted as a snub. 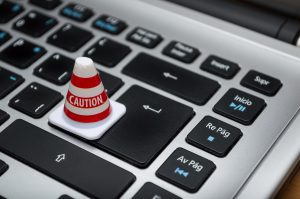 We are all following different rules at different times – in any given situation some might be using speaking rules and others might be using writing rules. We are prone to misunderstandings and miscommunications. Relationships might be made or broken.

So, if we treat online language as a new species of language we can address some of these problems. A new kind of language means new protocols, new ways of using old tools, new ways to express ourselves. This new language is evolving rapidly, like the technology that supports it. If we accept these new and changing spellings, words, acronyms, symbols and forms – we can break down our old rule based barriers and learn to understand what others are saying.

Perhaps we will find the freedom to use our own voices in new ways too.

(If you would like to see some of my favourite examples of creative online language, here’s a link to my Tumblr collection of artefacts, articles and amusing memes )

(You can read sections of the PhD here )

(Have a look at Jisc’s work on digital capability here )